We must define RANDOMNESS first and foremost. I believe I achieved that great feast by discovering the Fundamental Formula of Gambling (FFG). The opposite of Randomness is Absolute Certainty. Mathematics proves beyond reasonable doubt that Absolute Certainty is Absolute Absurdity. Nothing is absolutely certain; everything comes and goes in degrees of certainty. Therefore, randomness defines everything that comes and goes. Yes, they superficially repeat, without reasoning, that Nothing is certain but death and taxes. Well, you never know with 100% certainty when you will die, and nobody else does; that's a good thing... or is it not? Not everybody files taxes or knows exactly when they will file tax returns with a 100% degree of certainty. Not to mention that one might die as well uncertainly before filing the tax returns!

I introduced the fundamental concepts of Degree of Certainty and Randomness in 1997, the year I started my website. At that time, all Internet searches on degree of certainty yielded zero results by all search engines  and just one result one year later, in 1998: SALIU.COM. Read more on the influence of my theories of randomness and degree of certainty:

 Actually, I cannot verify now, let alone validate, my own statement. The free online lotteries are unregulated private enterprises. They can easily check what lotto combinations were played and decide to draw a non-winning combination. The software can do it so easily! The state lotteries are under stricter control. The lotto drawings are televised. It is much harder to "rig" the numbered lotto balls. It is a very rare exception fixing a lottery drawing. I know, it happened before right here, in Pennsylvania (the subject of a movie that was not to be; had had John Travolta as the star).

 Everything is random, the Universe is ruled by Randomness. Randomness is the fairest form of being and not-being. There is no force to decide what is to be and not-to-be. The random interaction of forces creates what is and what is not. I used to say  and many followed suit  that the difference lies in the degree of randomness. In fact, randomness is... randomness. If it is not random, than it must be absolutely certain; ergo, it must be perfectly ordered. Now, the accurate statement must be: The variation is in the degree of certainty. In turn, the degree of certainty DC is determined by probability of appearance p and number of trials N. This is a Universe where the number of trials N tends to infinity.

As for randomness in computer software, some say it is pseudo-randomness. They actually refer to software written for the original IBM PC and Microsoft BASIC. The software generates "random" numbers based on a seed, usually the timer. The timer counts the number of seconds since midnight. There are only 86,400 seconds in a day. The variation in randomness is just too low, not only by computer standards. If the random generator is started exactly at the same second of the day, the same sequence of numbers is generated.

I heard stories of a state lottery being ripped-off by Keno players. The Keno numbers were generated by a computer precisely every 15 minutes: The same times of the day! The bare-bone timer was used as the randomizing seed. Thus, the Keno drawing of 9:00 PM yesterday will be the same today at 9:00 PM! The state lottery does not go bankrupt because they pay as prizes only 50% of ticket sales. But the lottery game itself would die, because lottery players expect fairness in lottery  randomness, that is.

The degree of randomness can be increased by multiplying the timer by the date, and/or the geographical position, etc. The date is variable therefore the seed turns into a variable. By contrast, the timer is just a constant, a number that never changes; it is always equal to 86400.

I remember when I used an Atari computer in the 1980's WEB. The computer had a hardware-based random number generator. The degree of randomness was higher when using an Atari. The randomization seed Atari used was the quartz frequency of the CPU. Even if the frequency was just up to one million, the range 1 to 1000000 was randomly variable and offered a higher variation than 1 to 86400. The quartz frequency is never dependent on the time of the day, or the date. No wonder why my old, cheap Atari 800XL generated so many winning lotto combinations for me, including the astounding lotto jackpot with a number of combinations I was unable to play.

The Intel CPU chips are so fast now that they measure the frequency in Giga hertz (GHz)! What an extraordinary random seed! Too bad, Windows does not allow direct hardware access by the software.

All things considered, my software is not dependent on the type of random number generation. Many, many lottery combinations are eliminated beforehand or by using external filters. The lottery filters offer wide variation, and therefore a high degree of randomness.

I have written probably the best random number generators. I even offer the source code of the basic program: RandomNumbers. The software source code can be easily adapted to serve many other purposes. Following is a screenshot of the compiled program. 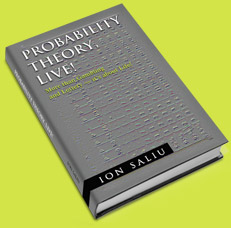 Lists the main pages and links to the best lottery, lotto, software, systems, and wheels. It's all about winning lotto, lottery systems, including for pick lotteries, Powerball, Mega Millions, Euromillions.

See a comprehensive directory of the pages and materials on the subject of theory of probability, mathematics, statistics, combinatorics, plus software.