"Let no one enter here who is ignorant of mathematics."
(The frontispiece of Plato's Academy)

In my philosophy, Randomness is the Universe and the Number is the ubiquitous Atom. Under the chaotic surface of TheEverything, The Totality, there is an order bearing the perfection of mathematics. Yet, the "Order" is not the creation of a Super Mind, or Supreme Consciousness. Not to mention that the order is ... random, and the Laws account for that. What a physical Law expresses is incomplete. Every Natural Law should express more clearly that: "This Relation_Expressed_Mathematically_Is_True_with _a_Degree_of_Certainty_Equal_to_DC".

That DC (Degree of Certainty) is what puzzles most people, including highly trained scientists. They take a Law in terms of Absolute Certainty. Mathematics has proven for at least 300 years that Absolute Certainty is Absolute Absurdity. Abraham de Moivre was the first (in the 18th century) to come across that. I live in much more tolerant times, given the civilization I live in. I did discover the whole Truth about Absolute Certainty as Absolute Absurdity. The Almighty Logarithm is proof far beyond human beliefs or emotions. Many people know now the mathematical relation as The Fundamental Formula of Gambling (FFG). I also named it The Fundamental Formula of TheEverything. The Everything is shaped by the logarithmic function. The ultimate formula can be mathematically expressed as:

 The Everything is certainly probable.

You may know this relation as the Fundamental Formula of Gambling (FFG).

I introduced the fundamental concepts of Degree of Certainty and Randomness in 1997, the year I started my website. At that time, all Internet searches on degree of certainty yielded zero results by all search engines  and just one result one year later, in 1998: SALIU.COM. Read more on the influence of my theories of Randomness, Degree of Certainty, Order, God, Universe:

The FFG relation is mathematically correct regardless of the logarithmic base or the numeric base. The computers live on four numeric bases: two (0 and 1), eight (octal), sixteen (hexadecimal), and the mostly-used-by-humans decimal (10 atoms: from 0 to 9). The humans are mostly comfortable in the decimal numeric systemprobably because our hands have, in most cases, 10 fingers. (One of my nieces was born with 6+6=12 fingers. She grew up to become a beautiful lady.) The Ultimate Formula has a table in the decimal numeric systembut the relation is valid in any numeric system. Just express the probability and the degree of certainty in a different numeric system.

Randomness is Almighty. Many have a problem with randomness as in random events, as in chaotic, unpredictable phenomena. In fact, the differentiating factors of phenomena are the probability and the degree of certainty. Thus, The Everything consists of phenomena with an infinite number of degrees of randomness. But the Universe is mathematical, therefore perfectly ordered, right? God doesn't play dice with the Universe, as Einstein put it. But isn't playing dice an expression of mathematics? What if this happened? God played dice with the Universe and lost the bet to Randomness Almighty.

While writing this material I developed some new software around the mighty FFG. The software was written, for the first time, by my philosophical hand, not by my computer members. Meanwhile, by simple coincidence, I received from Greece beautiful digital pictures and an intriguing question. The pictures show images of galaxies and hurricanes. The question was how could I say that The Everything is random when it looks so ordered, like a mathematical graph?

The shape of The Everything is given, approximately, by the logarithmic function. Logarithms are at the foundation of the FFG, and that expands the validity of the formula.
The Everything is certainly probable, from a distance.

We wrongly think that the Earth orbits around the Sun in a perfect ellipse. That's an approximation! In reality, the celestial bodies zigzag following an elliptical orbit. The zigzagging deviation varies highly randomly in the Universe. It's only the humans that order the chaotic movement to perfect shapes in order to serve our gnoseological purposes (knowledge related). We, the Newtons and the Einsteins of the world, adjust the shapes to make knowledge feasible. We exist only if we know. And we only know that that is perfect. Thus, the first necessity of God is gnoseological. The other necessity is ontological. Kant has a point:
"It is thoroughly necessary to be convinced of God's existence, it is not quite so necessary that one should demonstrate it."

Order and certainty are the pillars specific to the human Fear and Survival essential system. The God has satisfied such a necessity since the beginning of thinking.

The Ultimate Principle has been a major preoccupation since the beginning of philosophy. Pythagoras saw the Number as God. Descartes also saw the perfection of mathematics as perfection of the Universe. Plato had the Eternal Forms as the Ultimate Principle. For Aristotle, it was the Unmovable Mover. It was the Absolute Idea, the Geist for Hegel. It's pantheism  all is God, God is All. Contemporary astrophysics keeps digging deeper and deeper into the Matter and finds smaller and smaller particles, possibly to a level of no substance at all!

The shape of a galaxy is the shape of a hurricaneon earth as it is heaven.
Said Protagoras, a pre-Socratic philosopher: "Man is the measure of all things." That idea inspired Socrates to bring philosophy down to earth.
"The real is the rational, and the rational is the real", in Hegel's own words. Can we measure the real with the instruments of the rational? There are serious logical and historical obstacles. I can see two philosophical extremes in this regard. On one hand, Aristotle: "Men are good in one way, but bad in many." On the other hand, Hegel: "A man owes his entire existence to the state."

Aristotle adagio represents the right approach, in my opinion. Randomness does not follow the moral rules of any social era. The social is just one of the many results of randomness. Hegel was strongly influenced by the highly ordered Prussian state. High order is good; a supreme force must order the Universe itself. Hegel recognized how important an era was in determining ideas. His Zeitgeist concept admits that a human is the creation of an historical era. But then, again, that was a precise result of the Absolute Idea and Hegel himself!

I find that history follows the Fundamental Formula of Gambling. History repeats patterns from the past; history excludes patterns from the past. It is more likely that more recent events have a higher probability to repeat. To my surprise, Karl Marx was voted the greatest thinker of the past millennium! I had Marxist nightmares while I was a college student! Cynically, Marx considers that:
"The history repeats itself  first as tragedy, the second time as farce."

The idea of the first time and second time is interesting, however. That's what sparked my first philosophical software. We can divide history in two periodsthe most recent era (1) and the preceding one (2). Mathematically, we can reach four types of repetition-exclusion.

And thus we reached a characteristic of humans. The humans are the only creation of Randomness that opposes Randomness by conscious decision-making. Randomness is never defeated, however. The same Karl Marx said:
The philosophers have only interpreted the world; the point is to change it.

Nietzsche had an even more radical approach. He virulently attacked the current values of society. He considered such values to be alien and alienating. The values came from Ancient Greece and Judeo-Christian tradition. Nietzsche was very critical of the Classical Greeks, especially Socrates. He was equally critical of Jesus. Both figures weakened the human spirit by advocating justice, and equality, and comfort, especially for the weak.

The point of changing the world and its values is very relative. The Randomness is always present. Humans try to eliminate the bad things of the past. But randomly, the past still finds a way to enter present life. After World War II, the humans realized how bad genocide was. Yet, genocide came back to life during the Yugoslav religious and ethnic conflicts of the 1990s.

Things are always random to various degrees, despite the best intentions.

Of course, a fundamental decision is dividing history in two or more eras. Bias and relativism can't be avoided. Personally, I think of two periods, the most influential in history.

Repeat what's good from the two eras, while eliminating the bad that was born in the era beyond the Time of Reason. It would work great only if men were bad at one thing and good at many!

Finally, a report constructed by the new philosophical software. It is based on roulette. Einstein wrongly said: "God doesn't play dice with the Universe". In fact, Almighty Number plays Cosmic Roulette with The-Everything, especially the world. Talk about Russian roulette!

The asterisked situations represent the perfection moments in history, the roulette game being considered! Life, as the Universe itself, is a random game. But Mind has the ability of Knowledge. Mind can find Laws  mathematical reflections of Reality. In this roulette-as-life case: Repeat the good from the recent past, while eliminating the bad from the remote past. The result is a most efficient strategy. For the most part, the strategy would have no costs. There are no numbers to play, except for the hit situations. The winning situations yield one or two numbers. The strategy is very fruitful for the player. Life could be as well, for Homo sapiens.

 Take a look at the Fundamental Formula of Gambling in action, on Earth as it is in heaven. Digital pictures of a galaxy and a hurricane, courtesy of Captain Spiros Vatistas of Greece (not of Socrates' time).

Those shapes are logarithmic only from a distant perspective. Mathematically, they are only probably in a mathematical shape defined by equations, formulae, and graphs. We will never know if the approximation is 99.9% or 99.9999% true. Randomness Almighty is pleased by everything not predictable with absolute certainty. Only Homo sapiens, the intelligent life, attempts at creating perfect shapes. In a perfect shape, the next element tends to be predictable with absolute certainty. The next point in a circle is situated, relative to a fixed point named center, at a distance equal to the distance of each preceding point. But it just tends! Thusly, it is pseudo absolute certainty, as it were! 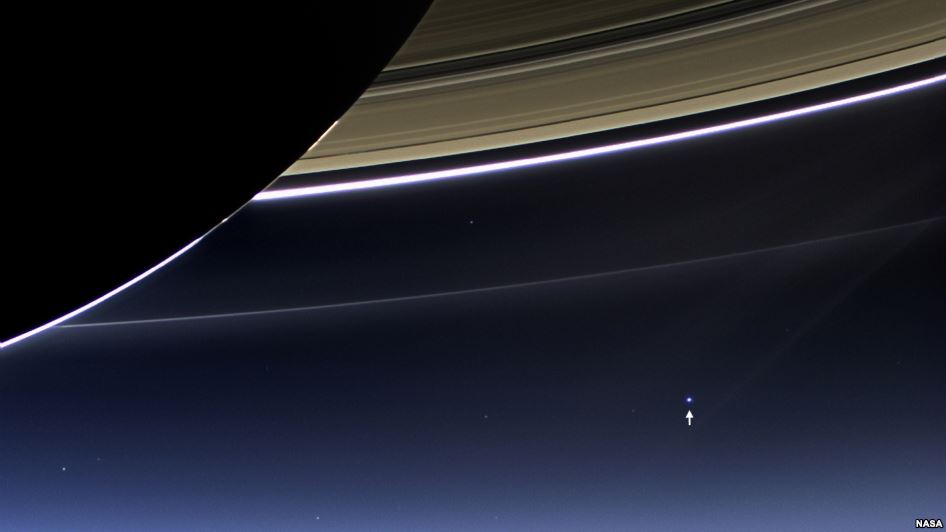